John McLeod is keeping 2020 as a sabbatical year. He will still be administering his catalogue and there will still be performances of his music, but he is spending more time on the written word in the form of poetry, prose, short stories and an autobiographical chronicle. 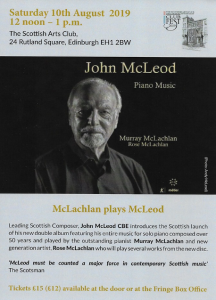 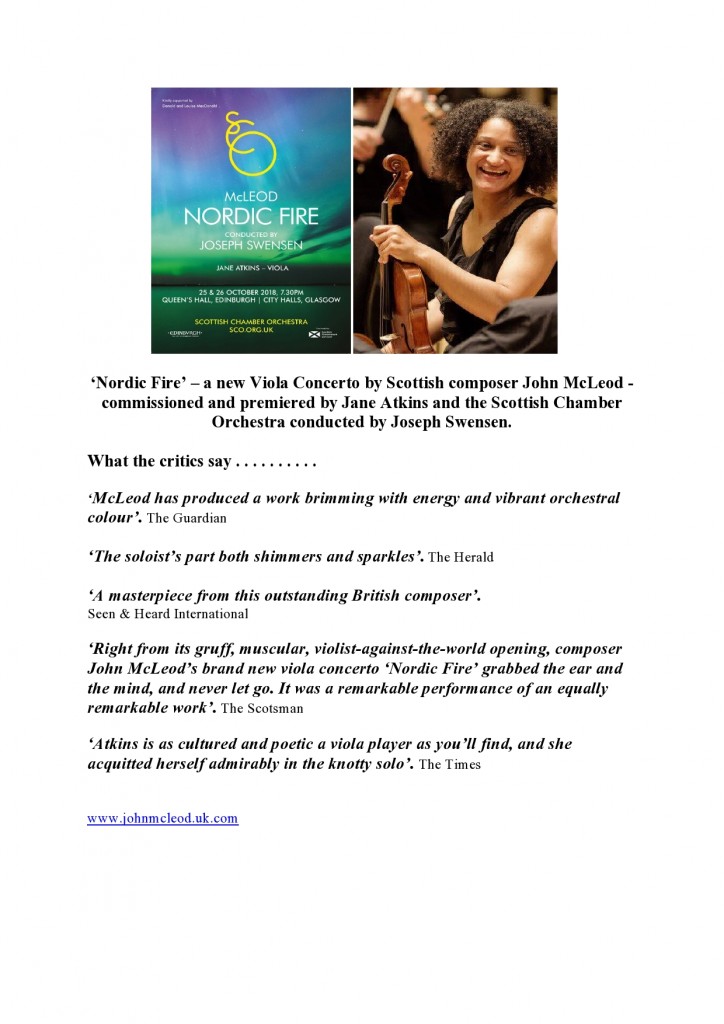 John McLeod – 2 major albums of his music released this summer
plus performances at major festivals and an exciting new commission! 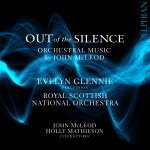 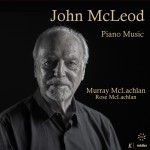 McLeod continues to enjoy a resurgence in his music over the last few years since his success at the 2014 BBC Proms with an early orchestral work The Sun Dances.  It’s distinctive colour and drama are equally evident in this new recording, ‘Out of the Silence’ covering music composed over a 40 year span and including a spectacular showpiece in the Percussion Concerto played here by the fabulous Dame Evelyn Glennie and the Royal Scottish National Orchestra under the composer’s direction. Delphian Records DCD34196

The second release is a double album of McLeod’s complete piano music. Generously filled with over 158 minutes of music, it includes all five piano sonatas and Murray McLachlan’s transcription of the ‘Fantasy on themes from Britten’s ‘Gloriana’, originally scored for guitar and now a virtuosic showpiece for the keyboard. Murray McLachlan, who performs most of the works, is one of Britain’s most celebrated pianists and has a long and prolific recording history. On the same album Rose McLachlan, performing the Hebridean Dances, makes her recording debut at the age of 14. Divine Art Records MSV77207

Apart from these CD releases McLeod’s music continues to create interest at major festivals and elsewhere.

Malaysian pianist Bobby Chen will be performing McLeod’s Three Protest Pieces at the Ulverston International Festival on 14th June. Then on 25th June the outstanding young British guitarist, Michael Butten will play McLeod’s Fantasy on themes from Britten’s ‘Gloriana’ at the St Magnus International Festival (Orkney) – repeating it later in the final of the New Elizabethan Award at the Royal Academy of Music, London on 6th July.

An exciting new commission from the Scottish Chamber Orchestra

Looking ahead – 25th October (Queen’s Hall, Edinburgh) and 26th October (City Halls, Glasgow) sees the first performances of McLeod’s Nordic Fire – Concerto for Viola and Orchestra commissioned by the SCO for the brilliant viola player Jane Atkins. The title refers to the amazing light, colour and energy of the aurora borealis – that natural electrical phenomenon characterized by the appearance of streamers of reddish or greenish light in the sky, especially near the northern magnetic pole. It will be conducted by Joseph Swensen.